To reacquaint and educate people about the vast and diverse heritage of the Indian subcontinent and thus to inspire them to take ownership and to come together to protect this magnificent legacy for future generations.

Virasat – E – Hind Foundation is a pan-India heritage focused social enterprise. It primary seeks to preserve, propagate and promote India’s rich and diverse historical and socio-cultural legacy. It is envisioned as a platform for exploring the multitude of ideas that have shaped the nation’s identity, evolving both from within India and the many external ideas that influenced it through history.

VEHF strives towards generating a deeper understanding of a appreciation for India’s rich and diverse cultural heritage as well as promote its conservation through research based heritage advocacy and education programmes, products and experiences. Ultimately, VEHF endeavours to create an awareness amongst citizens for various concepts, ideas and issues that have evolved through time in Indian history, in order to create a context and also find solutions by studying history and applying modern ideas and technology. VEHF seeks to achieve this through a series of of tools, products and services for the benefit of all.

VEHF provides innovative heritage- focused product and service interventions in education, design and unique experiences to inspire and reacquaint Indians about their heritage.

The Indian subcontinent has a civilisation that dates back more than 5,000 years. Its unique history and ideology have continuously been shaped by contributions from the people and religions that have made this great land their home through time.

Surprisingly, even in today’s 21st century technology-driven world, many of India’s cultural traditions still have a strong connection to its past. Today India is a rapidly emerging nation both in terms of her economy and politics and wielding substantial global influence.

In this time of change, it is important to take stock of our magnificent heritage and learn from it as we move forward. There is an immediate need to create a sense of pride and understanding amongst its citizens, so that they will take ownership to protect this vast cultural heritage, and protect it for the coming generations.

We also need to remember and understand how Indian communities have historically been intertwined and contributed jointly for the development of this nation. This will help Indians rediscover the greatness of this nation and realise that India has always succeeded when it has overlooked petty differences and operated as a united front, thereby progressing rapidly. 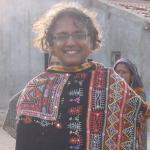 Jitu earned his MA in Archaeology from Deccan College, Pune. At VEHF, he is responsible for developing content and overseeing the educational arm. He has a passion for education and been working in the areas of history, culture and heritage studies. 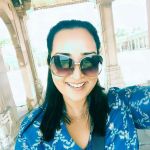 Shailaja was brought up in Mumbai, and has been traveling since a very early age all over India. She studied at the National Institute of Design, majoring in Textile Design, and always maintained an interest in writing, photography and communication. She also studied at Parsons School of Design, New York and later shifted focus to communication design and graphics. She has a deep interest in architecture and anthropology, which is evident in her work.

She is the co-founder of VEHF and also serves as the Creative Director. She continuously explores new technology and, new ways to communicate the significance of India’s heritage, product development incorporating the crafts (India’s living traditions) and see how ideas in heritage can be made more relevant and current, so that the younger generation feels more vested in taking interest. Lately museums have become her passion and she strongly believes that if museums in the country were better designed, especially for children, then the aim of making pride of heritage and identity would become a far easier task in India.

Dr Ravi Korisettar retired as professor of history and archaeology in 2013 and is currently UGC Emeritus Fellow in the Department of History and Archaeology at Karnatak University, Dharwad, Karnataka.

He obtained his post-graduate and Ph. D degree from Deccan College in Pune (University of Poona). He joined the Department of History and Archaeology at Karnatak University in 1989, and   since then he has been collaborating with institutions in India and abroad, particularly with Smithsonian Institution in Washington DC, the universities of  London, Cambridge,  Oxford, Texas A&M University (USA), Uppsala University (Sweden), Tokyo Metropolitan University and several other institutions in India.

He is co-editor of Quaternary Environments and Geoarchaeology of India (1955), The Rise of Early Human Behaviour in global Context, Indian Archaeology in Retrospect ([2001/2], 4 volumes) and Quaternary International (#251, special issue on impact of Toba Supereruption). He is currently working on a series of  edited volumes entitled Beyond Stone and More Stones, focusing on issues in Indian archaeology (2017) and a comparative study of prehistoric rock art from distinctive geological and cultural contexts in southern and central India. The hallmark of his work is the successful international collaboration that has secured due place to India in current global debates on peopling of the world.

He has successfully applied the Public Outreach Archaeology as a strategy to prevent the loss of heritage and an initiative to launch heritage consciousness among the inhabitants in the neighbourhood of prehistoric archaeological sites. As part of this programme he is setting up a museum of archaeology at Ballari, sponsored by the District administration.

With VEHF he serves as a member of Adviser on Public Archaeology.