Mundigada, no tourism brochure will ever let you find this. Hidden far from any big town or city, Mundigada is an obscured tribal village at the foothills of Belghar in Odisha’s Kandhamal Highlands. At Mundigada you turn into wanderlust, a seeker of knowledge and listener of intense human stories. 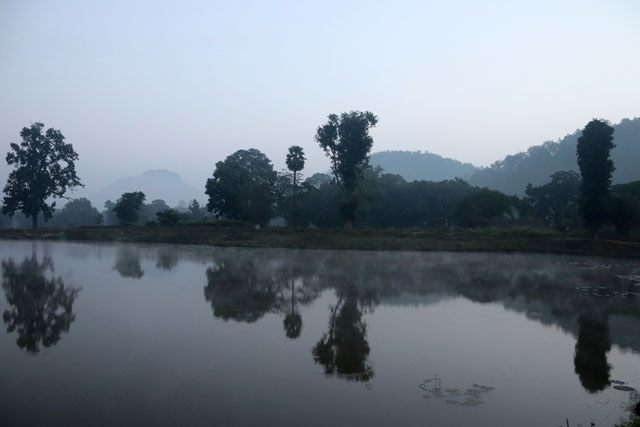 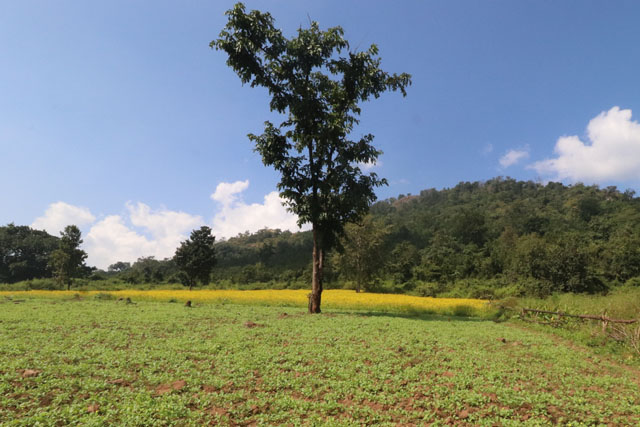 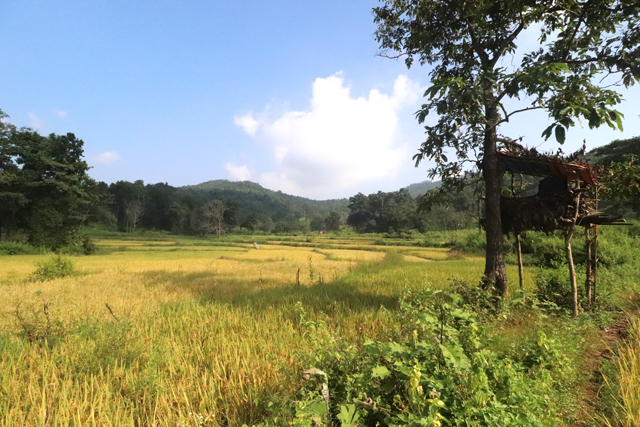 Rustic Panorama in and around Mundigada

As the name suggests, Mundigada’s history is steeped in mysteries. It was once at the heartland of barbaric human sacrifices. 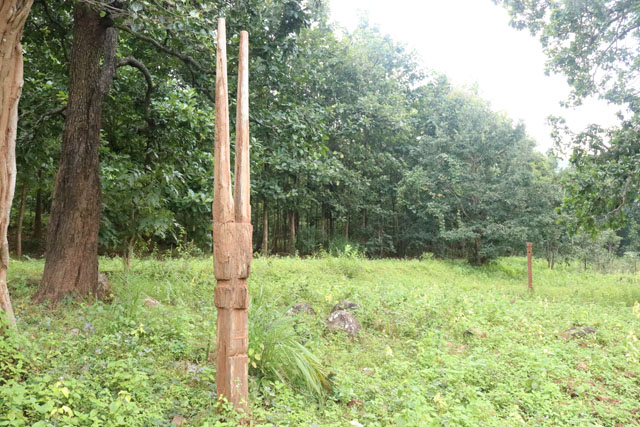 Sacrificial Posts, Grafitti and Other Remains of Mundigada’s Barbaric Past

A JOURNEY THROUGH KONDH TERRITORY, A TRIBE THAT ONCE SACRIFICED HUMANS

‘Once upon a time, the ground was all wet, and there was only earth, and there were only two females on the earth, named Karaboodi and Thartaboodi, each of whom was blessed with a single male child. The names of the children were Kasarodi and Singarodi. All these individuals sprang from the interior of the earth, together with two small plants called Nangakoocha and Badokoocha, on which they depended for subsistence. One day, when Karaboodi was cutting these plants for cooking, she accidentally cut the little finger of her left hand, and the blood dropped on the ground. Instantly the wet soft earth on which it fell became dry and hard. The women then cooked the food and gave some of it to her son, who asked her why it tasted so much sweeter than usual. She replied that she might have a dream that night, and, it, so, would let him know. Next morning, the women told him that, if he would act on her advice, he would prosper in this world that he was not to think of her as his mother, and was to cut away the flesh of her back, dig several holes in the ground, bury her flesh, and cover the holes with stones. This her son did, and the rest of the body was cremated. The wet soil dried up and became hard, and all kinds of animals and trees came into existence.

A partridge scratched the ground with its feet, and ragi (millet), maize, dhal (pea) and rice sprang from it. The two brothers argued that as the sacrifice of their mother produced food in such abundance, they must sacrifice their brothers, sisters and others, once a year in future.

Mundigada is a small village located in Tumudiband Block of Kandhamal District at a distance of 5 km from Tumidibanda and 50 km from the Subdivisional town of Baliguda. Connected by excellent road and bus service, the state capital of Bhubaneswar is 350 km away from Mundigada. At Mundigada, you can stay at Sathi Ghara Mountain Home, a homestay specially designed for knowledge seeking travellers. 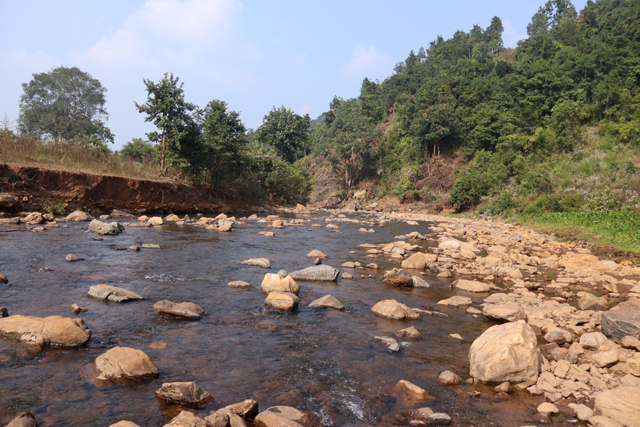 Then Boora Panoo built a house, and Kasarodi and Singarodi built two houses. All lived happily for two years.

Then Karaboodi appears in a dream and told Kasarodi and Singarodi that, if they offered another human victim, their lands would be very fertile, and their cattle would flourish. The two men with their eight children sought a victory for twelve years. At the end of that time, they found a poor man, who had a son four years old, and found him, his wife, and child good food, clothing and shelter for a year.  Then they asked permission to sacrifice the son in return for their kindness and the father gave his ascent. The boy was fettered and handcuffed to prevent his running away, and was taken good care of. Liquor was prepared from grains, and bamboo, with a flag, hoisted on it, planted in the ground. 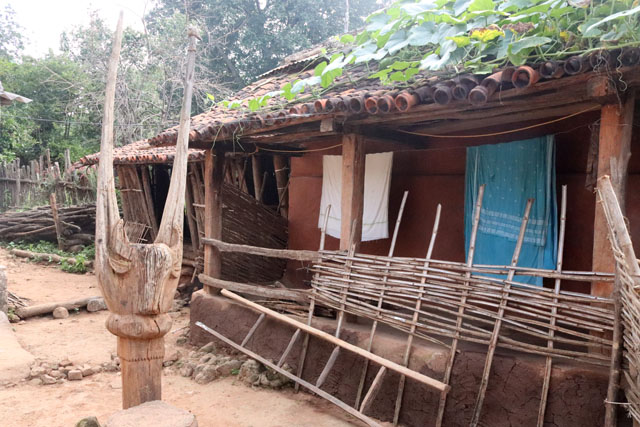 Next day, a pig was sacrificed near this post, and a feast was held. It was proclaimed that the boy would be tied to a post on the following day and sacrificed on the third day. On the night previous to the sacrifice, the Janni (priest) took a reed and poked it into the ground in several places. When it entered to a depth of about 8 inches, it was believed that the god and goddesses Tada Panoo and Dasa Panoo were there. Round this spot, seven pieces of wood were arranged lengthways and crossways and an egg were placed in the centre of the structure. The Kondhs arrived from the various villages and indulged in a drink. The boy was teased and told that he had been sold to them, that his sorrow would affect his parents only, and that he was to be sacrificed for the prosperity of the people. He was conducted to the spot where the god and goddess had been found, tied with ropes, and held fast by the Kondhs. He was made to lie on his stomach on the wooden structure and head there. Pieces of flesh were removed from the back, arms and legs, and portions thereof buried at the Kondha’s place of worship. Portions were also set up near a well of drinking water, and placed around the villages. The remaining of the sacrificed corpse was cremated on a pyre set alight with a fire produced by the friction of two pieces of wood. On the following day, a buffalo was sacrificed, and a feast partaken of. 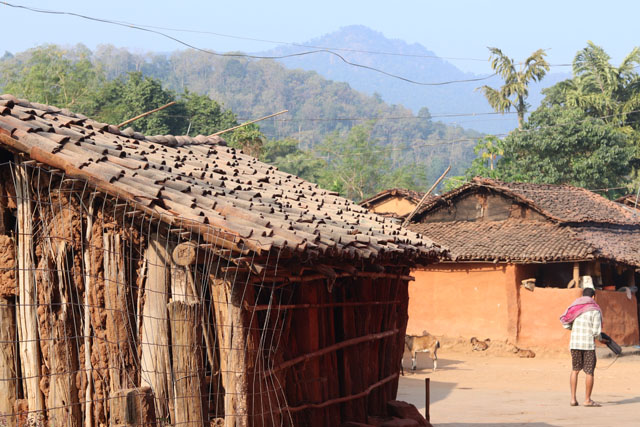 Next day, the bamboo post was removed outside the village, and a fowl and eggs were offered to the deity.

The following stanza is still recited by the Janni at the buffalo sacrifices around Mundigada, which has been substituted for that of a human victim:

Mundigarh today is free from this barbaric culture. But a walk through its corridors will immerse you with countless such stories in the abode of nature. 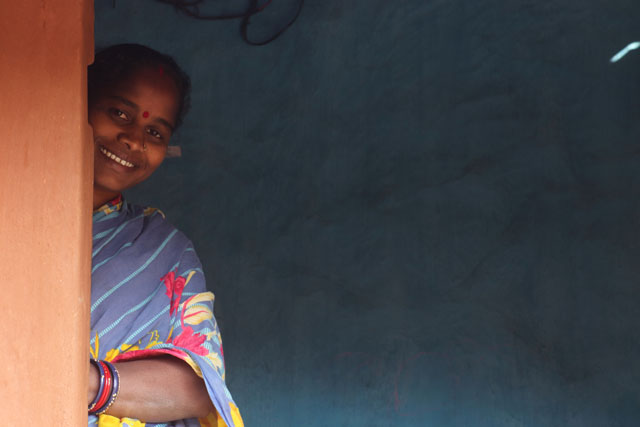