In Indian history, the Guptas were known to have founded India’s classical civilisation. Their rule lasted for two hundred years till the 5th century AD. The seeds sown by the Guptas started wearing fruits from the 7th century onward with the rise of Pratihara power in Central India.

It was the time of pre-Islamic India with temple building activities reaching an all-time high. Trade was at peak with merchants and trade guilds travelling across the sub-continent and overseas. A major chunk of traders were Jains who played a vital role mobilising trade goods and wealth generation. A share of their wealth was spent on building beautiful temples. Hindus lived side by side and also contributed in temple building. Buddhism was at its last leg of presence in India. Several urban centres or to be more specific trading towns had emerged on trade routes. These flourished mainly due to the political stability under the Pratiharas between 7th and 11th century AD.

One of these centres is Gyraspur, a small village today located on a gorge of some low steep hills of Vindyan range near Vidisha. It was situated on Vidisha – Kosambi (near Allahabad) trade route via Eran. Gyraspur derives its name from a festival that was held in the Medieval Period during the 11th month (or gyaras) of the Hindu calendar.

Among the temples of Gyraspur, the Maladevi Temple (9th century AD) constructed on the slope of a hill overlooking the gorge is noteworthy. The temple built in the Pratihara style (http://www.exoticindiaart.com/book/details/temples-of-pratihara-period-in-central-india-IDJ478/) is partly rock-cut and partly structural. 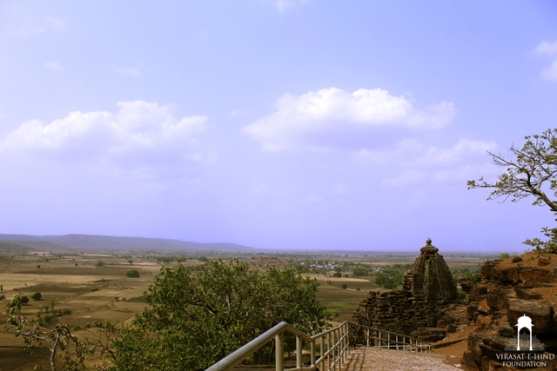 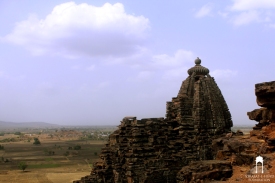 The temple has combination of Hindu and Jain deities. Some Svetambara Jains believe that this temple belonged to Malanath, a woman Tirtankara.

The figure of a goddess resembling Goddess Durga in the door jamb however indicates of its association with Shakti cult. 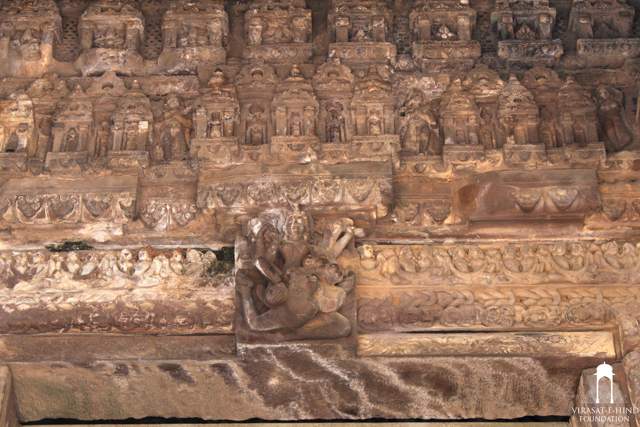 The Bajra Math Temple located near the bus-stand is yet interesting monument of the village. Built in the 10th century AD it is an example of triple shrine. Its central shrine is dedicated to Surya and there are images of Vishnu and Shiva as well. However, like Maladevi Temple here too we find images of stand-alone Jain Tirtankaras inside. 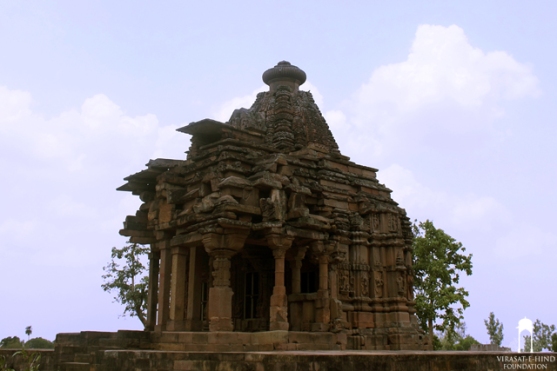 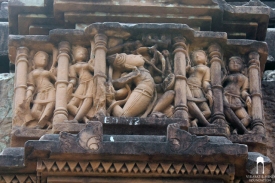 The Atakhamba or Eight Pillars are the remains of once magnificent temple. Its pillars are exquisitely carved. Another draw of this temple is the Makara Torana in a typical late Praitihara style.  There are also depiction of Shiva, Vishnu and dancing Ganesh. 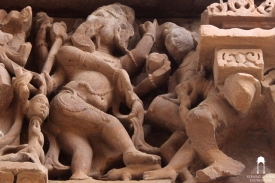 The last but not the least is the signature structure of Gyraspur – the Hindola Torana or the entrance arch to either a Vishnu or a Shiva Temple. 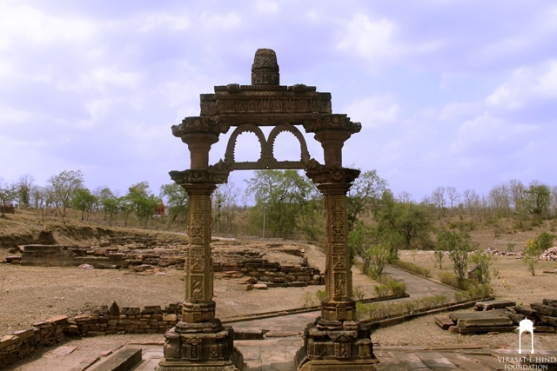 To sum up, the architectural ruins of Gyraspur leave us with more questions than answers.

Some of these questions are:

These are some of basic questions which can also be applied to other similar heritage towns.