In Southeastern Rajasthan, on the lap of Aravali lies Bundi, a picturesque Rajput fortified town. The territory was settled in the 13th and 14th centuries AD by Hada Rajputs, a sub-group of Chauhan Dynasty that migrated from Nadol in Pali District following its defeat by Qutb-ud-Din Aibak in 1197 AD. 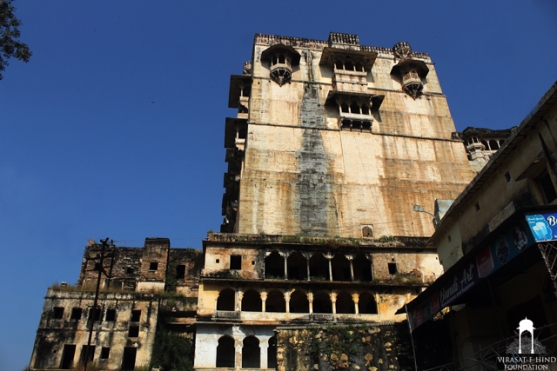 Till 16th Century, there was not much happening in Bundi, but its fortune changed with the arrival of Emperor Akbar. Rao Surjan of Bundi broke his relationship with the rulers of Mewar and established friendship tie with Akbar. It was a turning point in Bundi’s history. Then on, Bundi as a result of this alliance became a major centre of cultural creativity. Surjan was immediately awarded prestigious governorship that took him to Chunnar near Varanasi on Ganges. 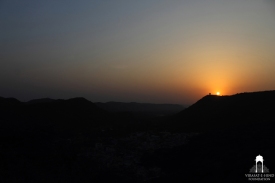 This was the time of extra ordinary artistic and intellectual creativity being witnessed in North India. Interactions between different communities, religions and cultures were leading often to innovative and exciting results.

Chunnar was a major centre of paintings on Hindu themes in Persian style. Ragamalas that would become the most popular themes at Bundi were first experimented at Chunnar with extraordinary sophistication. An inscription says: ‘the pupils of Mir Sayyid Ali and Khwaja Abd al Samad’, two great artists employed by Emperor Akabar. They had been brought from Iran by Humayun, Akbar’s father to introduce Persian style in India.

Rao Bhoj Singh of Bundi (son of Surjan) when started overseeing Chunnar as the governor of the province came in direct contact with these artists and commissioned them to paint Ragamala series. A new idea was born which later influenced the world famous Bundi style, first executed on walls and ceilings of Badal Mahal, a Rao Bhoj creation. 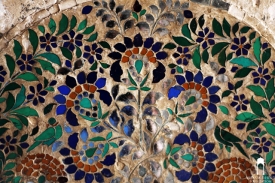 As parts of imperial campaigns Rao Bhoj also visited Kabul, Gujarat, Odisha and Deccan and was influenced by painting and architectural styles of these regions. In Bundi, one of the major traits drawn from the Mughal/Persian miniatures is evoking a moody night sky.

Rao Bhoj’s successors Rao Raja Ratan Singh and Rao Raja Chhatrasal both continued the trend and added features to their palace and in Bundi. Chitrasala became the iconic painting gallery in the whole of India and famed Bundi worldwide. Creation of several lakes, such as Nawal Sagar, Jait Sagar and baoris like Raniji ki bowri established Bundi as a prominent centre of water architecture. 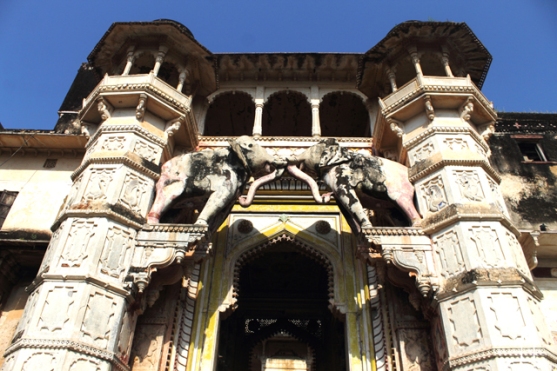 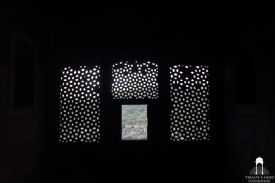 Come, let’s discover the world renowned artistic heritage of Bundi and appreciate the confluence of ideas that were seen at Bundi in 16th-18th centuries AD.