In the history of India, the decision taken by Muhammad Bin Tughluk for shifting his capital from Delhi to Daulatabad is often seen as a crazy decision by historians. But everyone would agree to the fact that eventually this decision was turned to be a boon for Deccan as it became a hot seat for introducing new ideas, Sufism and many more.

One of the earliest dynasties that ruled Deccan aftermath the shifting of capital was the Bahamanis, who had their ancestral roots in Iran. The Sultans had invited a large number of Sufi saints, writers, calligraphers, merchants, artisans and soldiers from Iran to serve in their courts.

Bidar in northeast Karnataka was one of the best Deccani courts in the 15th-16th centuries AD under the Bahamanis and Baridshahis. The city’s Islamic monuments show a great degree of fusion of Deccani and Persian styles. One of the interesting features of this cross-cultural fertilization is colourful tile work, which once adorned heavily on the walls of Bidar monuments. 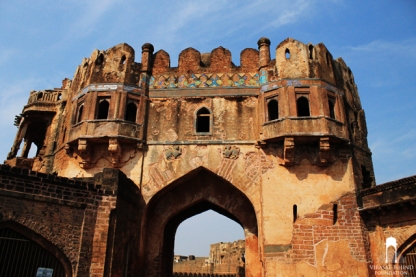 The use of tiles on walls and floors was common in Iran before Hellenistic times and had revived by Sassanids. In Islamic buildings the first occurrence of tile work was in Abbasid time and was wide spread from the 13th century onwards. A major innovation happened in Iran with relation to tile decoration – mosaic tiles that could be cut into small pieces and reassembled into rich and complex designs.

Tajaddin Firuz (1397 – 1422 AD) was a celebrated Bahamani ruler. During his rule, there was an influx of Persians, Arabs and Turks into the Deccan. The trend continued after Bidar became the Bahamani capital.

The Tomb of Ala ud Din Shah (the second Bahamani ruler of Bidar) is known for its exclusive tile work though most of it has suffered much wear after the climatic condition. The designs comprise of floral scrolls, geometric patterns and calligraphic motifs. The principal colours represented are blue, green and yellow on a white background.

The Tomb of Ali Barid Shah also contains beautiful tile work of Persian inscriptions and floral designs. Some of calligraphic work shows lines by the 12th century Persian poet Sheikh Fariduddin Attar. A pioneer of mystic poetry, his ‘Parliament of Birds’ is considered a global classic. He is said to have influenced the life and work of other major mystic poets, like Rumi, Omar Kahayam and Jami. 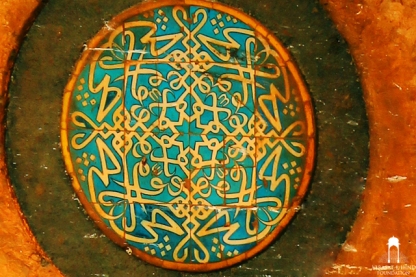 Poets and scholars who served the court of Ali Barid Shah had brought Fariduddin’s poetry and had popularized in Bidar.

The next important building covered with mosaic tiles is the madrassa of Mahmud Gawan, which was founded in 1472 AD. It was one of the greatest centres of learning in Medieval Deccan. 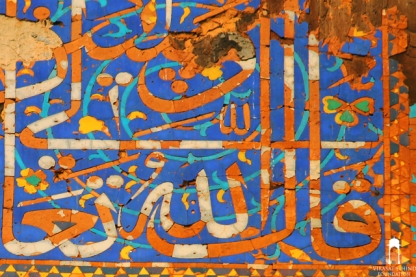 Rangeen Mahal inside Bidar Fort is considered a jewel of Deccan. Its walls once had entirely carved with tile work, but now only has survived around the black basalt arched doorway leading to the royal chamber. 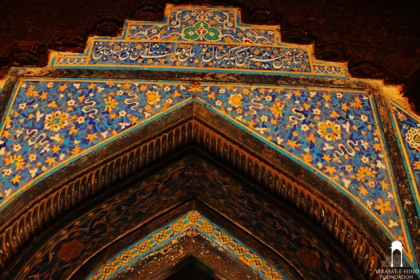 The colours are mainly blue and white along with the inclusion of mustard yellow and grass green. The design includes floral arabesque pattern.

Today most of these tile works have disappeared, but whatever is left offers a pleasing sight. Come, lets discover the beautiful tile work of Medieval Bidar in Karnataka and take every step to preserve them for posterity.